Why Do People Think Barrenness Is A Woman Problem Alone? 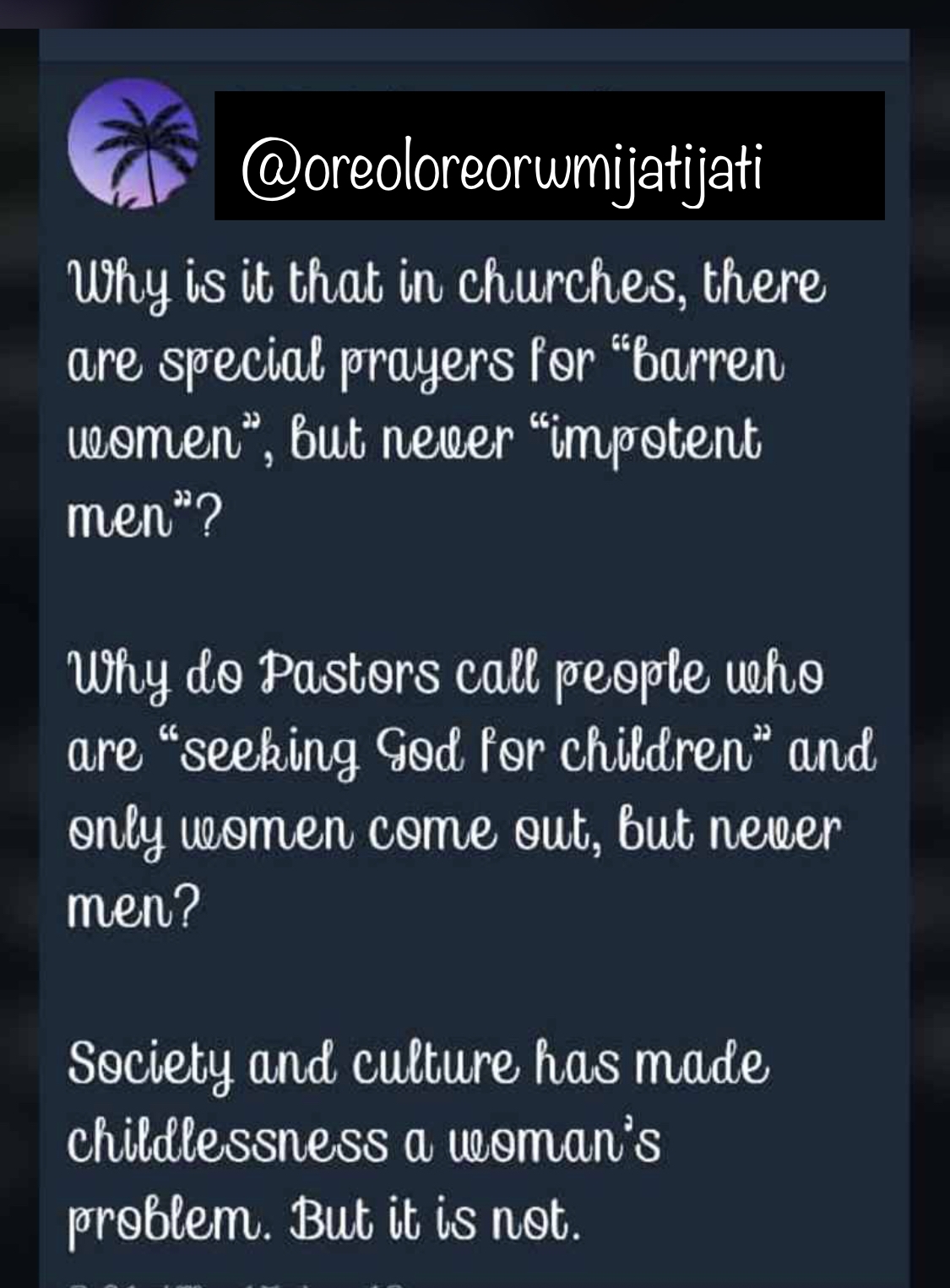 A FRIEND ASKED THE QUESTION ON THE IMAGE SCREENSHOT ATTACHED SO I RESPONDED ACCIDENTALLY!

HELLO FRIEND I GOT YOUR QUESTIONS;

#2 oftentimes this days, most pastors can no longer be really trusted to be working for the interest of the needy. so most likely they intentionally make it look like its a problem strictly for women. They sont so that by mistake. for example the banner or flyer carries a crying woman, a worried woman or a woman that is being mocked by others. first of all that image on the flyer or banner passes a messages of not wanting to be in that situation to the women’s brain. Hey!!!! That would hardly work for the men. Secondly they do that because its the women who do everything contrary to what God wants most a time. Women change everything to the devils version on average. They change their hair, their skins, their recommended garments to that of men rather than that of woman apparel as recommended by God. They remove the God fixed eye lash, eyebrows and iris, teeths and looks and replaces with the devils own version. They do this things too often. They piers their ears and nose and eye covers and change their entire looks to devilish looks and draw tattoos and abuse their hairs contrary to Gods expectations and still claim to be godly making God more angry at them thereby making them more prone to worries dissatisfactions and insatiability in all ramification of life which automatically makes it easy to be ensnared by the so called pastor that are likely fake and scavengers and are all looking for their belly’s and intended to only satisfy their selfish interests.

These case can only be attached and affiliated with women alone now and forevermore no matter what. Do you understand???? And do you really understand now that this is not an accident???