All you need to know about Electrical Control Panel 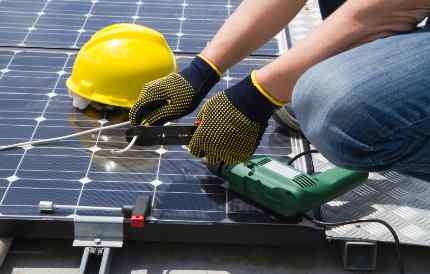 Ever thought about the way an automobile assembly line is controlled?

Let’s talk regarding the thing that controls large as well as small mechanical processes like an assembly line. Such device is known as an electrical control panel.

Initially let’s know about the enclosure, the metal box which comprises of all the electrical devices of the control panel. These enclosures are made of aluminum or stainless steel and the size might differ depending on the size of the process.

The area where the electrical control panel is placed comprises of multiple sessions. Every particular section has a door to access.

Electrical control panel has an IP rating or NEMA classification that selects the enclosure to be indoor or outdoor, water-resistant or waterproof, appropriate for dangerous situations, dustproof or explosion proof.

The metal rail of a standard width used for mounting electrical devices is known as a DIN rail.

The wiring duct is the other part inside the electrical control panel.

Ducts permits to route the wires in a proper as well as effective manner and also by reducing the electrical noise between the devices.

Now, let’s discuss about the components of the electrical control panel.

3. Electrical Components of a Control Panel

The main circuit breaker is the place where the power comes into the control panel for each and every device. This circuit breaker usually disconnects on the outside of the panel that permits to switch off the power.

Keep in mind that the topside of the circuit breaker will always have power. The power that gets into the panel, might be around from 480 volts to as low as 120 volts.

The moment the power comes inside the panel from the main circuit breaker the power will be run into a surge arrester.

The power can be joined to a transformer that switches the power down so that they can power smaller devices.

If the incoming power is more than 120 volts, a transformer is usually used.

A power supply may be utilized to step the power down to 24 volts, if the power is 120 volts.

A terminal block comprises of two terminals that can connect two or more wires with one another.

Terminal blocks can be set with different other blocks in a strip mounted on a DIN rail to run power from one source to various other devices all over the panel.

The other part of the control panel is a device that controls as well as monitors the mechanical process.

Now, let’s discuss about the PLC or Programmable Logic Controller.

The PLC is kind of brain of the whole process.

The PLC will have a CPU, the place where the logic program is kept.

It will comprise of associated inputs as well as outputs that will assist to control and monitor the Assembly line.

If discussed about the terminal blocks, they have wires connected from them to the inputs and outputs. This permits for the actual control of the assembly line.

Field devices like proximity switches, photo eyes, and other sensors are placed up on the assembly line to give the feedback required for the PLC to handle the operation of the line.

The PLC outputs are connected to a bank of relays that will close an internal contact which can send power out to turn ON or OFF a device that is placed on the assembly line.

Smaller relays will handle devices like the lights or fans whereas a bigger relay, named as a “contactor”, is used to control motors.

You can also have a network switch situated somewhere around the PLC.

This will be powered with 24 volts as well as it will be the HUB for the communication to and from the PLC to network compatible devices on the assembly line.

Among the entire devices one is the “Human Machine Interface” or HMI. An HMI can be fixed locally onto a panel door or in a remote panel situated near to the machinery.

The HMI can be a too dynamic tool in helping the operator in handling as well as monitoring the machinery.

The PLC will convey signals over the network to the HMI for monitoring as well as the HMI can fling signals to the PLC for controlling the machinery.

Lately, we discussed about the components of a control panel. Each control panel will have the initial power source coming in that is distributed all over the panel to different devices for control as well as monitoring.

Control panels do come in various sizes but they all have similar devices.