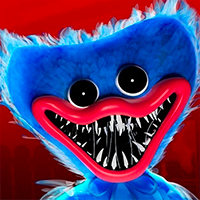 Poppy Playtime has recently become one of the most well-known horror games. Following its first release on Steam, a large number of horror fans expressed their enthusiasm for this fantastic game. Following this, reports circulated that the developers were planning to release a new episode of Poppy Playtime. More information on this topic can be found in Chapter 2 of Poppy Playtime.

MOB Games, the game’s developer, has published a teaser trailer for the second part of Poppy Playtime. The eerie silence in the factory continues in the trailer, and this will enthrall us once more in the game. If you haven’t yet played Poppy Playtime, you can do so by watching Lawod’s gameplay video or purchasing the game on Steam.

Poppy playtime Chapter 2 will be released in early 2022, as predicted. So, till then, you can play No Players Online, Andy’s Apple Farm, or Tall Poppy, among other horror games.