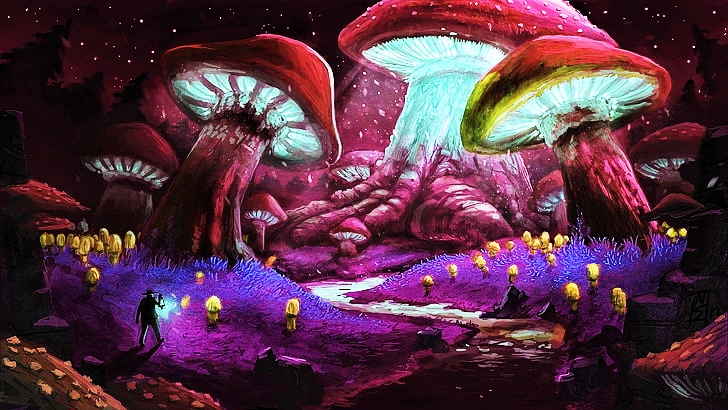 There has been an increased level of awareness about mental health over the years particularly the last 10 years. Clinicians have been looking to find a way to improve the quality of treatment available to people with mental health disorders especially during this global pandemic ravaging the world. The global pandemic has led to an increased number of persons reporting having anxiety, depression.

The normal types of medicines available like anti-depressant drugs have been discovered to be ineffective for more severe cases of depression. Example of such forms of depression is the treatment-resistant depression (TRD) major depressive disorder (MDD), anxiety disorders and adjustment disorders. This has resulted in many people seeking an effective solution that does exist.

Because of these challenges, there has been an increased effort in research to find a lasting solution to these issues. There have been increased efforts from researchers across the globe. They are beginning to look at a new approach towards the treatment of these mental health disorders. Researchers are now looking at the possibility of using psychedelic compounds to treat these forms of illness. They believe psychedelic drugs could offer a realistic solution to patients and give them hope of stability. This they believe would help them combat mental health disease at this time of the worldwide pandemic.

Psychedelics is been used as an adjunct form of treatment that could help alleviate mental health disorder, its symptoms, and then its personal development. This form of treatment is getting increasingly common and is on the rise. This is partly because of the current status of mental health with more and more people coming up with a mental health challenge. There is also the challenge of inadequate facilities to train people that would take care of mental health patients. These facilities are insufficient and few accredited specialists or professionals are available relative to the number of patients. Meaning not too many specialists are qualified.

The current state of the world
The emergence of the coronavirus in China in 2019, December spilled over to 202 0 which subsequently spread to every part of the world affecting millions and killing millions of people. The spread of coronavirus made countries all around the world initiated mitigation efforts to help overcome the disease. Since then it has been over 1 year these efforts have been put in place to control the virus. These measures included mask mandate and nationwide lockdown of various countries. This continuing health crisis which persists to date has become the fuel that drives the increased number of mental health cases all around the world. Even despite the vaccine that promises to give us a breath of relief, people are still hooked in the web of the emotional trauma that the mitigation measures produced in them. Leading to an increasing sense of fear and depression. And so we can say that the lockdown which was designed to save us all has left a negative impact on humanity in terms of the increased mental challenge we are seeing.

In a recent survey carried out from March 2020, it was discovered that in the US, there has been an increase in the consumption of cannabis and alcohol among the population. This must have been as a result of the lockdown measures as individuals sort a way to relieve themselves of the fear and anxiety of the pandemic. The report stated that about 38% of the sample reported that they experience fatigue and lack of energy. About 36% reported that they experienced difficulty in sleeping and 35% reported having issues with relaxing.

Scientists have been using these data sets to track the impact of the pandemic mitigation effort on the mental health of people. Although the picture isn’t clear enough, we can see some patterns that point to the effect of the lockdown on mental health. For example, we are seeing an increased pattern of increase in the diagnosis of mental health illness. The US Census Bureau revealed that about 42% of the population of the country reported that they had a symptom of mental health disease like anxiety and depression this was about an 11% increase from last year. The statistics were released in December. This is blamed on the fact that people are getting more isolated and indoors alone like never before. Some reports have also suggested that staying indoor for a long time can have an impact on mental health. Even though many works from home this hasn’t changed anything as people get to work more from home and get more stressed and tired.

How do Psychedelic work??
Many institutions including Harvard have conducted a study to show the efficacy of psychedelic specifically psilocybin on mental health conditions. For example, one Jama Psychiatry clinical trial showed that about 71% of mental health patients showed good responses to psilocybin wholesale 54% of them met the criteria for remission of depression.

Results like this have increased the inquiry into the use of psychedelics for mental health treatment by western researchers. They believe it could be a game-changer in tackling the increasing wave of mental health challenges facing the world. Although psychedelic have always been around and it has always been made use by various civilization in ancient times for fifteen purposes which include religious. For example, the magic mushroom is used to induce a state of enlightenment and increase brain activity.

Some western countries have beginning to advocate for its use, Canada is one country that has started the use of psychedelics in the clinic. ATMA Clinic in Calgary has already begun the use of psychedelics to treat patients diagnosed with PTSD, depression, and anxiety. ATMA is regarded as the first private company to provide legal assisted psychedelic therapy for a palliative client who has been granted an exemption status of Section 56.

Conclusion.
More experiments are needed to be carried out to ascertain the effect of psilocybin. But preliminary results look good at the moment and it is hoped that with more research and results coming out, we can effectively start using them on a larger scale than what we have presently. We advise you to get all your magic mushrooms from Shrooms Wholesale because they offer premium quality bulk magic mushrooms at low prices.