Controlling the thickness of strip during the aluminum rolling process 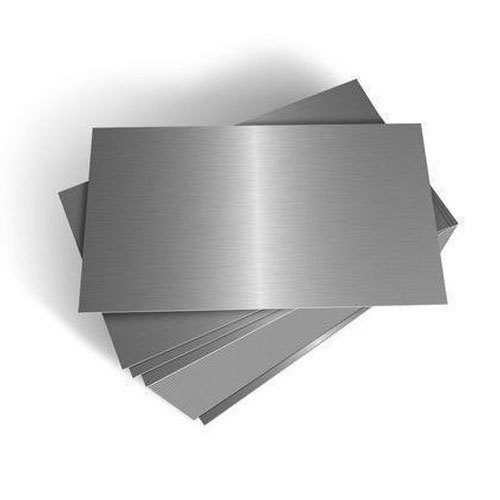 Controlling the thickness of strip during the aluminum rolling process is an extremely well-established concept. As the third generation of control engineers and practitioners enters the workforce, they are tasked with meeting the tighter tolerances demanded by the market. In recent years, control theory has progressed, providing an arsenal of modelling toolboxes and control blocks aimed at dealing with uncertainty, incorporating stability and robustness (and inevitably necessitating the development of a new vocabulary). Because of faster and more powerful hardware, virtual measurements can be included in process descriptions without affecting the overall system's response time. However, with each layer of complexity added, the task of a process or maintenance engineer dispatched to a gauge control problem in the wee hours of the morning becomes more difficult.

Measuring
The first issue to deal with is one of measurement. The question is not how to measure strip thickness; rather, it is whether we understand why there are limitations in the measurement and what is required to overcome them. X-ray systems of the modern era are well understood, and suppliers are aware of the need to compensate for differences in exact composition, as well as differences in temperature of the air columns and other factors that affect the apparent thickness. Implementation of robust, rigorous procedures to monitor strip thickness, ideally in the same manner as our customers do, should ensure that the discrepancies between the different measurement systems are never large enough to dominate the variation in strip thickness that our customers experience.

From the customer's point of view, center-line gauge control is not a problem. As a result, if they use the material by blanking out parts, all of the parts must meet the specified thickness tolerances, regardless of where they originate in the aluminium sheet. Most sheet products are thinner at the edges than they are in the center. This thickness variation across the width (strip profile) is determined during the hot mill stage of aluminum rolling, but it is now recognized to be at least as important as the thickness variation across the length of the strip. The latter is controlled by the cold passes of aluminum rolling, where historically all of the effort in thickness control has been concentrated. Some of the issues that can arise as a result of this are illustrated in Figure 1, where the variation measured by the same type of instrument near the center is compared with the variation measured by the same type of instrument near the edge. In addition to the fact that the edge is thinner than the center, the magnitude of the variation is slightly different. The total variation must be within the tolerance of the customer.

A deviation in the rolling gauge of aluminum
Figure 1: Gauge deviation from nominal (in percentage points). Blue indicates the center line; red indicates the near-edge. Make a note of it.1. The edge signal has been vertically offset in order to prevent the signals from overlapping with one another.2. Because the measurements are not in line with each other on the sheet, there appears to be an apparent time displacement.

The figure also depicts the inherently complex spectrum of frequencies contained within the thickness signal, which is depicted in the text. These are generated by the rolls that deform the strip at each pass, and the frequency spectrum can be analyzed to determine which pass and which roll each component originates from. When used in conjunction with feed-forward gauge control, incoming variation can be eliminated within a limited bandwidth; good design of control schemes prevents the variation from being amplified and the occurrence of resonant frequencies in coupled drive systems of aluminium rolling mills. Mass flow control also addresses issues related to the time lag between the mill bite and the thickness measurement at the exit, allowing for stable control even when the mill speed changes. When rolling aluminum, it is important to pay attention to the details and use good practice to avoid introducing too many new frequencies in the current pass.

An all-encompassing approach
Because some of the features in the gauge trace are caused by variations in material hardness that are interpreted as thickness variation, careful consideration must be given to the casting process in order to achieve a composition that is as homogeneous as possible over the strip length. Instead of using correlation techniques to identify features that persist through passes and assuming they are due to compositional effects, this is a more effective strategy.

Aluminum coils for rolling are also known as aluminum rolling coils. In order to provide control robustness and stability in the face of moderate process perturbations over a wide frequency range, many of the more advanced control techniques have been designed to do so. They are not required when using a holistic approach that includes an understanding of where thickness variation can occur, as well as knowledge of measurement systems and what might cause them to give “false” thickness readings.

When the disturbances are small and dominated by the current pass, the controller's job becomes significantly less demanding. Using a gauge control scheme based on underlying feed-forward feed-back control loops for stability and mass flow control loops for accuracy and control of the strip from head to tail, the industry has come to terms with the challenges we now face in the production of aluminum as well as in the production of other metals. Of course, a thorough understanding of the material and the rolling processes from casting to finishing is required in order to eliminate features at every pass, which is the key to achieving the ultimate control. This comes from both experience and knowledge, and for those who are new to the industry, it may be necessary to obtain it through training.

Why did we choose Chaluminium. com as our website?
- Chaluminium.com is a reputable and professional online E-marketplace.
- Providing a wide range of products at competitive prices
- Factory suppliers provide high-quality products.
- International shipping to over 200 countries.
- One-stop shopping for all your needs
A logistic complex in Dubai is one of the most important.