The Phenomenon of Asian Americans through the Prism of War 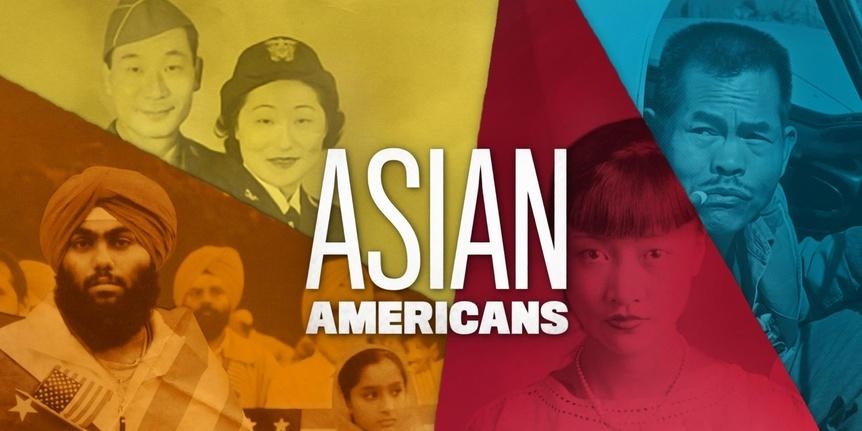 The role of Filipino Americans in the creation of the concept of Asian Americans is crucial because a rather substantial number of Asian Americans have Filipino origin. While now a high proportion of Americans are of Filipino descent, such situation is the result of the decades of transformations of their self-identification that are partly caused by the Spanish-American war. Afterward, the Philippines became the American land and the relationships between the USA and Filipinos became stronger than before, namely when the Philippines was the Spanish land. Hereby, this fact makes it possible to reconsider the creation of the concept of Asian American in light of wars as they are. Sun Tzu and Clausewitz expressed many interesting ideas concerning wars in the most general sense; thus, this knowledge could be helpful for a deeper understanding of the situation with regard to Asian Americans to explore concrete facts relating to the issue in question. For this reason, it is reasonable to analyze the ideas concerning the relationships between the victorious and the conquered states. The transformation of Filipino emigrants into Asian Americans is the result of the Filipinos’ acceptance of their defeat in the open military conflict with the USA and the decision to solve real problems in more moderate ways such as acculturation, avoiding direct opposition to Americans.

More detailed I described it together with superior papers help.

In one of the passages of his Art of War, Sun Tzu tries to understand and explain the relations between victorious and conquered states by the end of a war. Thus, the thinker claims that “a victorious army wins its victories before seeking battle; an army destined to defeat fights in the hope of winning. Apparently, the main idea of this passage is that the reason behind any war is the inability of a weaker part to accept the fact of its weakness. On the contrary, the part which is stronger than its counterpart does not need wage any war because it can take and do everything it wants due to the immense power of its international authority. Moreover, when this authority is doubted by another state, the only way for the most powerful country to save its power is to start a war and defeat those who doubt its dominance. It becomes evident that wars are the way to prove or disprove the rights of a state to have some pretensions to superiority over other states. Thus, the state declares war on another one (as follows from the sentence of  because the weaker part inadequately evaluates its power and hopes to win.

Clausewitz in his On War tries to explain what would a state do after the defeat and how should act a victorious state in this context. Therefore, according to Clausewitz, “the final decision of a whole War is not always to be regarded as absolute. The conquered State often sees in it only a passing evil, which may be repaired in after times by means of political combinations” . In fact, this passage provides a profound analysis of the aftermath of every war, while, in fact, the author raises an interesting problem concerning the preferable activity of both winners and losers after a war. Evidently, Clausewitz tries to make winners aware of further difficulties in the conditions different from the battlefield. The reason is that after the defeat, the defeated state understands that it has no advantages in the case of open opposition and chooses some other way to protect its interests, for example, the way of political activities. Apparently, while Clausewitz writes from the point of view of the victorious part and provides pieces of advice mostly for winners, it seems that the cited passage may serve as an advice for both parts of the war. After any war, the conflict on which a war was grounded does not become resolved, and it simply moves to another realm of social life. The reason is that the dominance of the victorious state leaves no hope for the defeated one so that its reasons for war (on the basis of the hope to win) disappear.

In the article by Sarita E. See, there are analyzed the reasons behind the specifics of today’s Filipino art, with its focus being on sufferings and tortures. The author claims there is connection between this phenomenon and the so-called ‘colonial melancholia.’ Hereby, he states that “Filipino/American art and cultural production reappropriate both the violence of Spanish and American colonization and the violence of American amnesia”. Through the idea of Clausewitz, it seems that the Filipino art reflects some nationalist tendencies that were oppressed by the majority of Filipinos. The reason is that they wanted to collaborate with Americans and protect their own interests in the spheres of culture, thereby providing benefits for Americans in the realm of culture. With regard to the position of Sun Tzu, it seems that colonial melancholia is the result of the inability of Filipino people to struggle with American influences. However, they cannot go to war because they understand the undoubted dominance of the USA in all spheres of life. Thus, Asian Americans are very similar to those Filipinos who accepted the American identity and denied any opposition to the USA.

Bienvenido Lumbera considers that all occupants of the Philippines always used the educational system to form the identity of the Filipino people, making it loyal to the metropolis. Thus, “the Philippine educational system… had only served to make young Filipinos want to be, first, Americans, and second Japanese. To be a Filipino was only a third choice.” Through the position of Sun Tzu, it becomes apparent that the American administration avoided an open conflict between Americans and Filipinos and used humanitarian tools to persuade colonized people that it would be better for them to become Americans than to oppose this idea. In regard to the insight Clausewitz provides, it becomes evident that the use of the educational system by Americans was simply a correct activity oriented toward the same goals as the Spanish-American war. In fact, its aim was the dominance of the American ideology on the Philippines and oppression of that of the previous metropolis (Spain) and that of local people (Filipinos). Thus, the appearance of the identity of Asian Americans became the sign of Americans’ victory in this cultural struggle.

The ideas provided by Sun Tzu and Clausewitz serve as a reasonable background in other cases, for example, in the case of World War II. Bob Dylan in his With God on Our Side tries to reconsider the main conflicts in which the USA was involved, including the World War II. Thus, he analyzes the defeat of Germans and their further reconciliation with Americans, “When the Second World War Came to an end, We forgave the Germans And we were friends, Though they murdered six million In the ovens they fried” (Dylan). It is clear that the situation totally corresponds to the idea of Sun Tzu who stated that Germans could struggle against Americans only when they hoped that they would win; however, when the defeat of Germany became clear, Germans stopped their aggression. It is also evident through Clausewitz’s idea that the further aim of the German people was to find some new realm to protect their interests; thus, they “were friends” with Americans after the end of the war (Dylan).

Categories
Read More
Technology / Internet
Fix problems reading or receiving AOL Mail
AOL email service is one of the most promising email communication services that can serve its...
By Samanth Jones 2019-06-15 05:10:28 0 335
Religion
Path of Exile has now released a recent Harvest extension
The official POE game announced to most players they have put the new Harvest...
By CSCCA CSCCA 2020-06-08 02:19:35 0 232
Traffic Blogs Websites
Important Things Beginners Should Know About Databases
The database is a very important element for any system, and thus the users need to work with...
By Jacob Tylor 2020-01-29 10:57:41 0 286
Other
Get Local SEO Toronto
Those who are looking for a local service tend to scour for information online. They will search...
By Vaughan SEO 2021-12-27 07:48:03 0 10
Networking
barite ore grinding plant
At the same time, barite also widely applied in atomic energy industry, national defense industry...
By Gjsohcat Gcat 2021-01-04 02:06:43 0 127