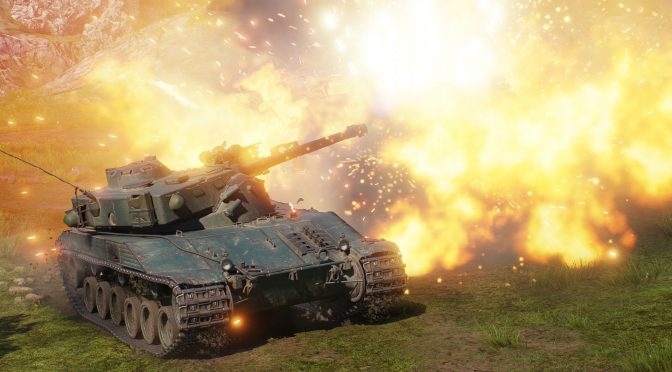 Why put one main gun on your tank when you could have two? That’s obviously the thinking behind the new set of questionably realistic vehicles coming to World of Tanks in its first update of 2020, which will include three Soviet tanks sporting double-barrel action.

“No such project has ever been brought to life,” said Wargaming Publishing Director Max Chuvalov. That was due to both the complexity of their design and their high manufacturing cost, making it simpler and more cost effective to make “normal” single-gun tanks. The dev team is under no such constraints, adding double-gun Tier VIII, IX, and X behemoths to the game in the upcoming Update 1.7.1. Each can fire their guns consecutively or in a single salvo, which requires “some time to prepare.”

The three non-premium dual-barrel heavies that come with World of Tanks 1.7.1 start at tier VIII and can be researched by playing the tier VII KV-3, which leads to the IS-2-II. The successors of the IS-2-II are the tier IX IS-3-II and the top-tier ST-II. After playing only one battle in my near-stock, 75% skill crew (except for the 100% commander) IS-2-II I can say that these new steel beasts do not seem overpowered at all, although I am sure that many people will complain about this as it usually happens with new tanks that offer new mechanics which can give good players a certain edge in some situations. By the way, you can buy Cheap World of Tanks Gold from z2u.com, where you can enjoy a 3% discount by using the code “Z2U”.

Besides the two-barreled Soviet heavies, Update 1.7.1 offers tankers a very useful tool: the Demount Kit. It allows players to demount equipment from a vehicle without any Gold cost. And for those who like making their tanks look stunning, they will have access to several new 3D styles.