I agree as a player of 2K 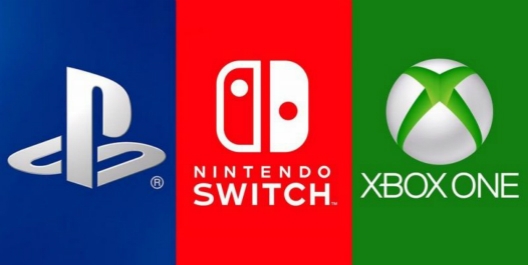 We have seen that at The Journey. A social media system which has journalists/Twitter users responding to stuff that occurs on your own career. 2k has this in supervisor mode and it adds a great deal of other stuff that is useful along with depth. If a person has an amazing performance, folks react on social networking alerting you you will find interest in. The people may disperse transfer rumors, announce contract extensions, celebrate a participant winning an award, a team more, and winning a name. It's a form compared to our current news tab, that includes long loading times, little selection, and just shows a couple of stories at a time.

In the image above, you can see a condensed and short perspective of the history of any team. This could be fantastic in Career Mode. Though many of these things don't fit FIFA, they could be replaced by matters such as: Last League Win, Champions League Wins, Europa League Wins, and much more. It may add some more depth into the game, as you would be able to manage a team and find a good snapshot of your effects on the club's history. A trophy cabinet would also be nice here.Adding to improving team history, seeing each group's records could be cool. Getting to see how present and new players end up leaving their mark on the team's history show a more tangible effect and would include more depth.

Same concept as Team Records, except filtered by competition. Having the ability to see the records for greatest scorers in Champions League history or many clean sheets in Europe's Top 5 Leagues are cool. Having the ability to see how your childhood and current players climb these leaderboards and also make their mark on history can be fun to monitor, at least in my own experience.As of now, after the Player of the Month telling leaves the information tab, it's gone forever. It can not be that difficult to just put it into a place to store for the remainder of the season. Can it?

The current Squad Hub is pitiful compared to this. Wow, we can see goals, assists, and clean sheets. Meanwhile, NBA 2k players may see some stat. Come on EA. We all know you track clean sheets, and a whole lot more stats than goals, assists. So it is time to get started storing them and letting us see them.This feature is not really in FIFA whatsoever, and it can be a bummer. Would be quite cool to determine which teams are leading in different stats.This is easily among the coolest features in 2k for people who like to track stats like me. The game permits you to choose any stat to be another for y-axis and the x-axis. Creating spreadsheets like this really can highlight how well (or badly ) a player is doing and brings a completely different level to stats from the game.

With the majority of your points I agree as a player of 2K. However the 1 thing I don't need for FIFA is the"Social Media" element. First of all, as we know EA, they'd make it dull and repetitive. But most importantly the social media articles that have to be made after every game/on daily make the 2K simulation so fucking slow, espacially on console. This would kill the rate in Career Mode after a couple of seasons. Otherwise, quality article.